close call by these people

I took a pic of my kid with a bison in the background on Catalina Island. That heard is pretty docile but I took it with a long telephoto and a high f-stop so it looked like he was alot closer. We were a good 100 yards from this guy just laying down on level ground. These guys are fast and mean, don't mess with them!

Even a deer if you get them cornered can be nasty. Elk? No way I'd screw with them.

Buffalo are some of the strongest fearless animals in the NA continent. I have stories. Stay well away from Moose, Buffalo, Lions, Grizzlies, Wolves, and Alligators.

The Park clearly instructs people to stay 25 yards minimum from the bison. If you think the rules don't apply to you, then don't whine or complain when you suffer the consequences. Unlike society, nature still operates on the survival of the fittest principle.

Those beasts should have to have warning labels clearly visible on each one of them, because there's not a pill you can take, there's not a class you can go to, stupid is forever!!!

Nature is not saddened.

66fs said:
Buffalo are some of the strongest fearless animals in the NA continent. I have stories. Stay well away from Moose, Buffalo, Lions, Grizzlies, Wolves, and Alligators.
Click to expand...

And fat chicks. Especially you @splitty
Is it time for a Hogslayer/Bisonslayer intervention? Remember, just because it’s an herbivore doesn’t mean it ain’t mean.

Lots of dense people out there. Darwin comes to mind.

Stupid is, as stupid does!! 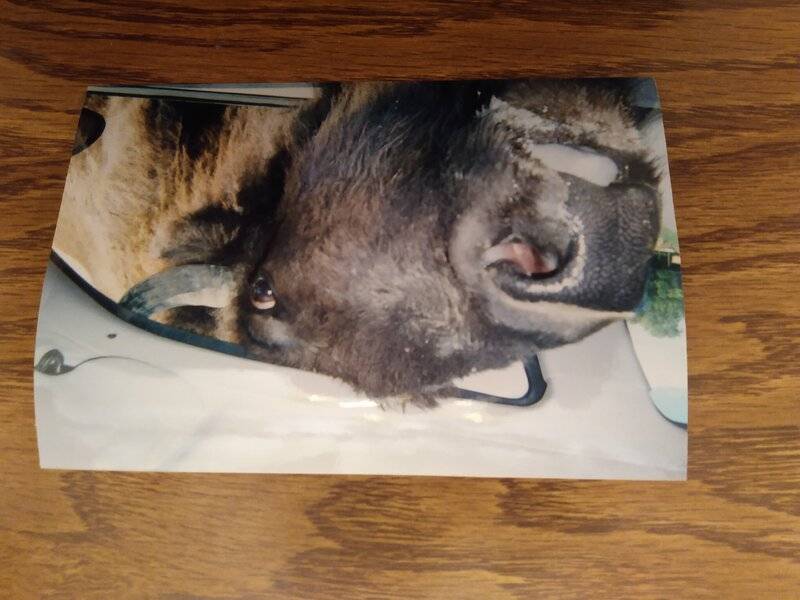 Here in Northwest Ohio, we have one of those drive through Safari places. The last couple times I took the kids there, they had Bison roaming free in their own section. I am not ashamed to admit that I got pretty damn nervous the first time I had a Bison head inside each front window of my car. The kids ducked down onto the floorboards and rolled up the back windows, pretty quickly. Once they get their heads in and find out you have carrots, they are in no hurry to leave. And let me tell you, they are the nasties smelling animals I have ever been around ! I saw the people in the van in front of us panic when the Bison came up to their car (they actually had the slider open) and the guy punched it to try to get away from them and actually ran over a baby Bison. He got up and seemed ok, though. One time we went through and no Bison. They had them all penned up in the back. They told us it was rut time and they were too aggressive to be out. Well, at the very end of the day, we decided to make one last, quick drive through. Lo and behold, they had let the Bison out. Kids rolled up their windows and hit the floor, begging me to roll up front windows and drive past quickly. I couldn't do that !! Had a couple of them stick their whole heads in car and then a big fight broke out. Bison on passenger side was being attacked, but his horn got stuck inside my car. Seemed like he almost lifted the car off the ground, before he ripped up my interior and exterior getting loose/ fighting off the other guy. I rolled up the windows and drove past, quickly. Also have some pretty good wolf and alligator stories.

I was kind of hoping the guy would let his Pitbull try it again. Stupid *** Pitbull!

What part of its a 2000 lb wild animal with horns and you are a 200 lb idiot does this person not understand?

Remember you don’t have to run fast, you just have run faster than your friend.

ALL those dumb f**is that got "attacked", deserved every bit of it. I have sympathy for the Pitbull, the owners name is right, you can hear the wife screaming it lol "Richard", dogs owner should be gored...

4spdragtop said:
ALL those dumb f**is that got "attacked", deserved every bit of it. I have sympathy for the Pitbull, the owners name is right, you can hear the wife screaming it lol "Richard", dogs owner should be gored...
Click to expand...

Takes all kinds to make the world go around.

It ain't the pettin zoo Shirley!

It's going to get stupid around here!

jbc426 said:
Those beasts should have to have warning labels clearly visible on each one of them, because there's not a pill you can take, there's not a class you can go to, stupid is forever!!!
Click to expand...

Half the population is below average you know!

Would you step into the ring against George Foreman! Those bison are ten times his size.

.
I'm sure she's gotten out of her pants faster than that on other occasions. 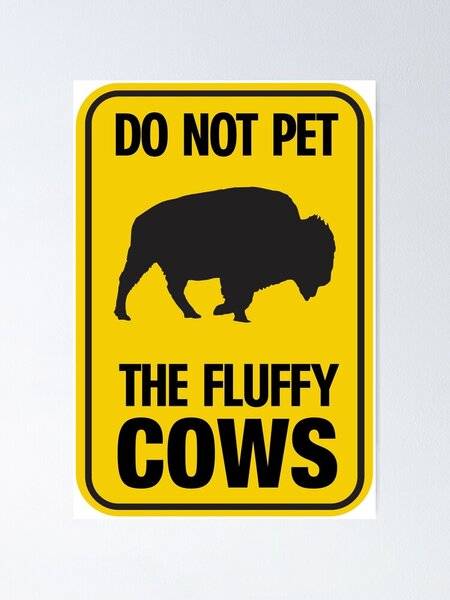