Took it in the butt today

There’s a new prep, it’s a tablet, not sure how it works. I have to have one done every year. Lost a brother at 39 years old and all of my uncles to colon cancer. 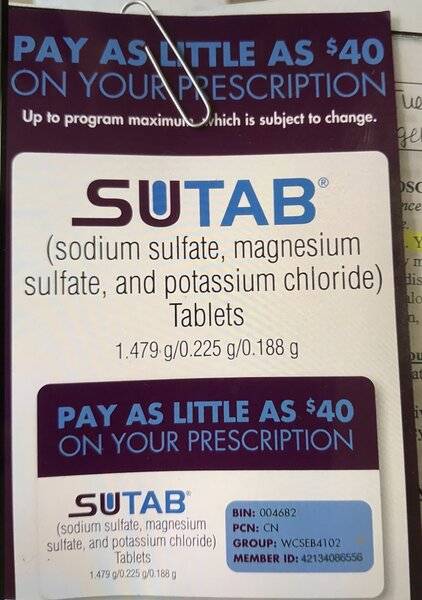 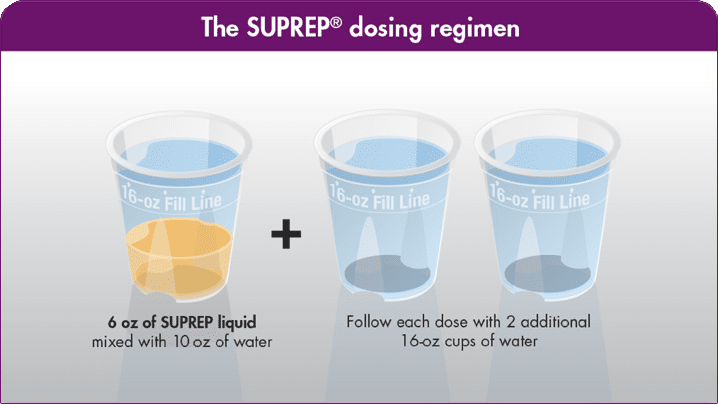 Is there really a "best"?

RustyRatRod said:
Is there really a "best"?
Click to expand...

For now there is.

I had the PillCam a couple of months ago, I don’t trust it, they didn’t find anything or that it what I was told.

Car Nut said:
For now there is.

I had the PillCam a couple of months ago, I don’t trust it, they didn’t find anything or that it what I was told.
Click to expand...

It's ridiculous. We put a man on the moon and have won wars but we caint make medicines taste good.

RustyRatRod said:
It's ridiculous. We put a man on the moon and have won wars but we caint make medicines taste good.
Click to expand...

The prep the day before is by far the worst part. I’ve done it many times.

The SuTab prep kit consists of taking 12 pills and then another 12 pills, four hours later. Stick to eating yogurt, scrambled eggs, mashed potatoes etc, the day before the prep and everything goes smoothly.....
My insurance originally denied the SuTab prep but ultimately I got a free SuTab kit from the gastroenterologist as they often have samples from the manufacturer.
I had an endoscope and colonoscopy done at the same time. I had a duodenum (the first part of the small intestine) ulcer and 3 polyps on the other side. So now I’m on a 3 year schedule.
Last edited: Jan 15, 2022

My first scope job is on the 27th of January. I have the Suprep sitting on the kitchen counter waiting for me.
The doctor told me to put a couple peppermint lifesavers in my mouth and the drink it down.

How the hell did I get this old

harrisonm said:
OK, since nobody else will say it, I will. I don't mind the colonoscopy itself; it's the prep the day before. You used to just have to choke down one glass of AWFUL tasting stuff and then crap your brains out all day. Now you have to mix up a whole gallon of AWFUL tasting crap and drink one glass per hour while you are crapping your brains out. And then you have to save some of it for the next morning and crap some more. And if you have an early appointment, you get to set your alarm for 4:30 to drink it. I am due for my next one next year. I can't wait.
Click to expand...

I took Magnesium Citrate ..(3) 10 oz. bottles, one at 4 then 8 and again at 11 ..chilled and mixed it with a little ginger ale and sucked it down. It's not bad at all. Drink anything you take through a straw at the back of your mouth so it misses most taste buds if you don't like your mixture. A LOT of water all day. Not a bad procedure, ask you butt Dr. about this stuff.

Don't find an excuse, or I'll buy your car when your gone and kick the **** out of it ! My brother was 51 when they found his, his daughter drove him crazy and he finally went, thank God
Last edited: Jan 15, 2022

This is no joke guys, get it done. They use to recommend starting at 50, but I believe they changed that to 45. Had my first one at 51. There are two kind of polyps, if I understand it correctly. I had three, and not the good kind. Pre-cancerous. Second one, I had two, same kind. I've had three more since, and all those were clean, so now I'm on the ten year plan. I have a good friend, 52, that was having some problems. Went for a colonoscopy, and they couldn't do it. Ended up taking a foot of his colon out due to cancer, and now also has it in one lung. He's had 3 chemo treatments, and now is doing immuno-therapy, but it doesn't look good.

I just hope the nurse was able to get your IV port in quicker than the one that skewered the top of my hand for 20 minutes, complaining about how this was not how she wanted her morning to start! Like it was my fault! I finally convinced her to put it in my elbow.

I've heard the farts afterwards are EPIC. Any truth to that? I'm 39 and am not looking forward to this procedure next year.
S

Yeah, they are "sharts"!
White Castles will clean you out just fine.

How the hell did I get this old

mopowers said:
I've heard the farts afterwards are EPIC. Any truth to that? I'm 39 and am not looking forward to this procedure next year.
Click to expand...

I understand they may blow air in to open it up, (not smoke ) air has to go out somewhere later. Mine must have gotten out when I was under, sorry nurses.

Slap Stick said:
Yeah, they are "sharts"!
White Castles will clean you out just fine.
Click to expand...

Truer words were never spoken. If you feel a little pressure and think it might be a fart, don't fall for it. Head for the toilet. Ask me how I know!

Had my first one done a few weeks ago (52).
Ask for the pills instead of the stuff you drink. No problem! Was recommended to me to ask for the pills and worked great.
Procedure was nothing. Get it done guys. Can save your life.

By the Big Water

Saved my aunt (dad’s oldest sister)twice. They caught cancer once then came back in her early 80’s got rid of it the second time. She lived til she was 94 she past from old age.

By the Big Water

44070dart said:
I understand they may blow air in to open it up, (not smoke ) air has to go out somewhere later. Mine must have gotten out when I was under, sorry nurses.
Click to expand...

I was told when I had the first one that they use carbon dioxide because it absorbs faster than air in your system.
Hence no toots.
You must log in or register to reply here.
Share:
Reddit Pinterest Tumblr WhatsApp Email Share Link