I need advise on a entry level decent quality spray gun. Do I need separate guns for prime and paint or can I just change nozzles? Is HVLP the type of gun I should use?
Im restoring my 48 Willys Jeep and the objective is to do everything myself with the exception of machine work on the block and the stripping of existing paint
Recommendations on guns is appreciated

What size is your compressor? Are you running a dryer? Are you looking for a quality paint job?

HVLP Harbor Freight have been decent.

Pedal to the metal

HVLP will save you a ton of product usage. I suggest the 3m accuspray for your project. it has interchangeable tips and sprays well.

Believe it or not. I bought this kit and restored my two darts and painted myself. I used one for base/clear paint . The other for primer. Small one for small parts. This would be for the economy minded person. You can spend a lot on big name brands. Secret is to keep them clean and leave a little clean thinner in them when not in use. 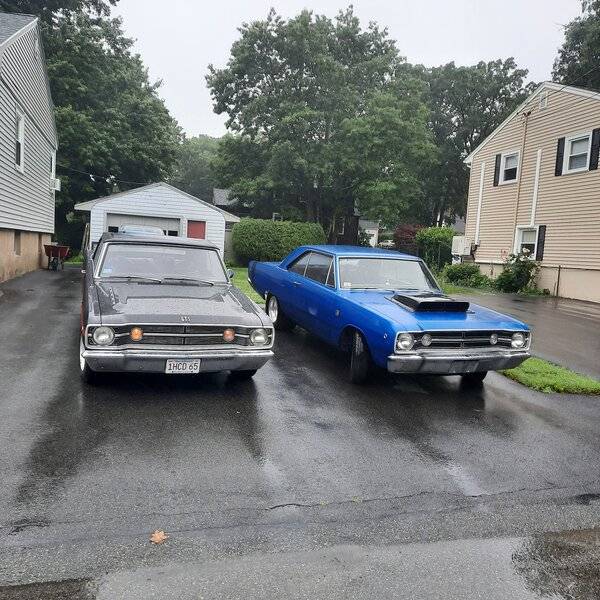 Car Nut said:
What size is your compressor? Are you running a dryer? Are you looking for a quality paint job?
Click to expand...

I’d get a hvlp for the primer and one for paint. I painted this compartment with the 20$ hvlp harbor gun. 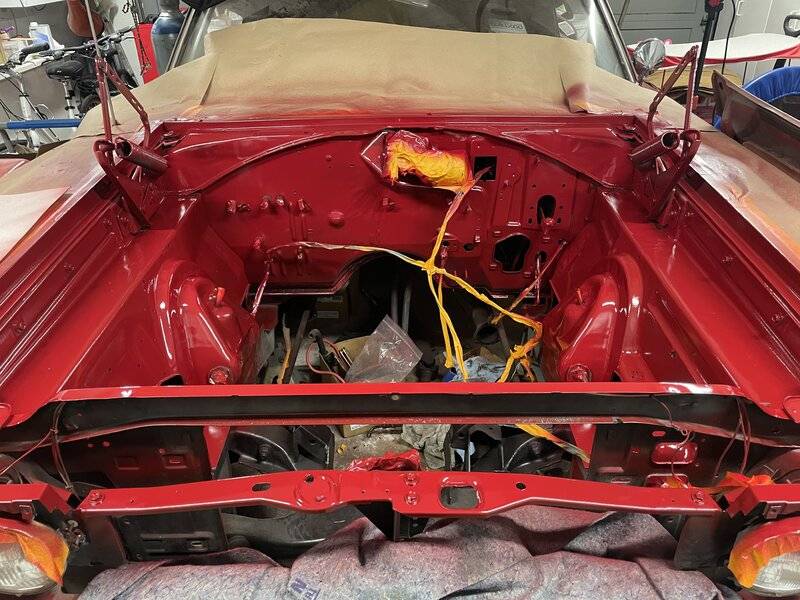 Dartsun said:
I’d get a hvlp for the primer and one for paint. I painted this compartment with the 20$ hvlp harbor gun.
Click to expand...

Agree on using two different guns. Primer gun should have a larger tip.

When I painted my Duster recently (single stage) a friend lent me his primer gun. I bought the one linked below for the paint from an auto body supply store. I like it. They said lots of guys they knew of use the same gun for production work.

Make sure to get an air line filter that attaches to the gun. Clean it right away with thinner or acetone or you'll have to take it apart.

Astro Pneumatic also sell an LVLP gun.Good reviews and designed for smaller compressors. Another is Sprayit and Summit sell this LVLP spay gun under their name brand. Lots of videos on You tube!

Bodyperson said:
HVLP will save you a ton of product usage. I suggest the 3m accuspray for your project. it has interchangeable tips and sprays well.
Click to expand...

Yes yes yes!!! I have gone through countless guns over the years and this has been the best value ever! Comes with 5 needle sized caps which are good for several sprays each and are cheap to replace. Also, it is a little bit of money but the disposable cups are so nice and they allow for spraying in all positions due to the atmospheric pressure squeezing the paint into the gun as opposed to gravity. I get my cups on amazon as aftermarket ones and they are much less money than the 3m brand.

Is the HF purple gun a copy of that astro pneumatics? I have a purple I bought years ago still in the box waiting on my beater trucks bodywork to be done. Single stage......

I'd get a gun set up that has at minimum 1.3, 1.7 and 2.0 nozzles. Trying to go cheap on the initial purchase might bite you in the *** later if you wind up having to spring for nozzles when you could have gotten an equally adequate gun with all the stuff included for much less. Ask me how I know.

I use the "cheap" hvlp guns from Sumitt or TCP Global. Decide who's primer/paint you will use and look up the tech sheets. It will say what size tips. Cheap enough to have a primer gun and a topcoat gun. Cleaning the gun, especially with epoxy and heavy urethane primers is a must.
Get moisture/oil traps and apply to air system, plus a water trap at your gun.

Buy this one. It is the most recent 3M "Accuspray" with changeable fluid tip/air cap sets. The old style had two fingers on the gun that locked the caps in... they break the gun is junk. My jobber gave me this gun to use and I spray all of my surfacer, sealer, solid base coat (waterborne), and sometimes some clear depending on the part I am spraying (usually small parts or if I am using two guns for clear-like flat clear for cladding). This is more than a hobbiest would ever need and they work well. 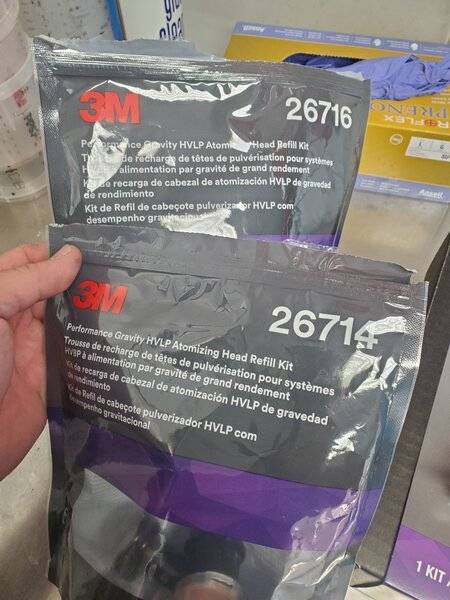 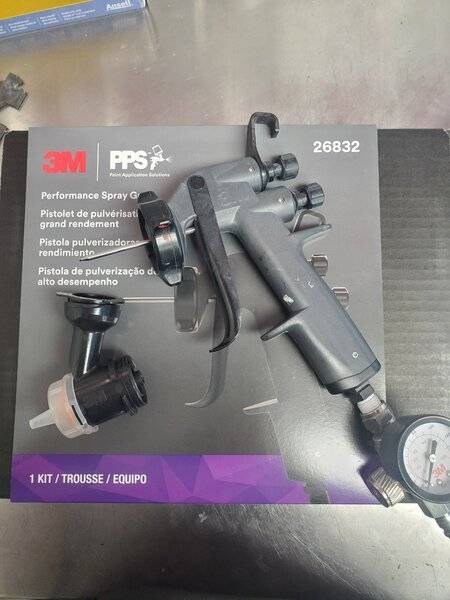 I have tried a bunch of hobbyist type guns. Guys with experience and skill can get a great job from a crap gun.
I am not one of those guys.
So far my limited experience says this works great for filler primer. 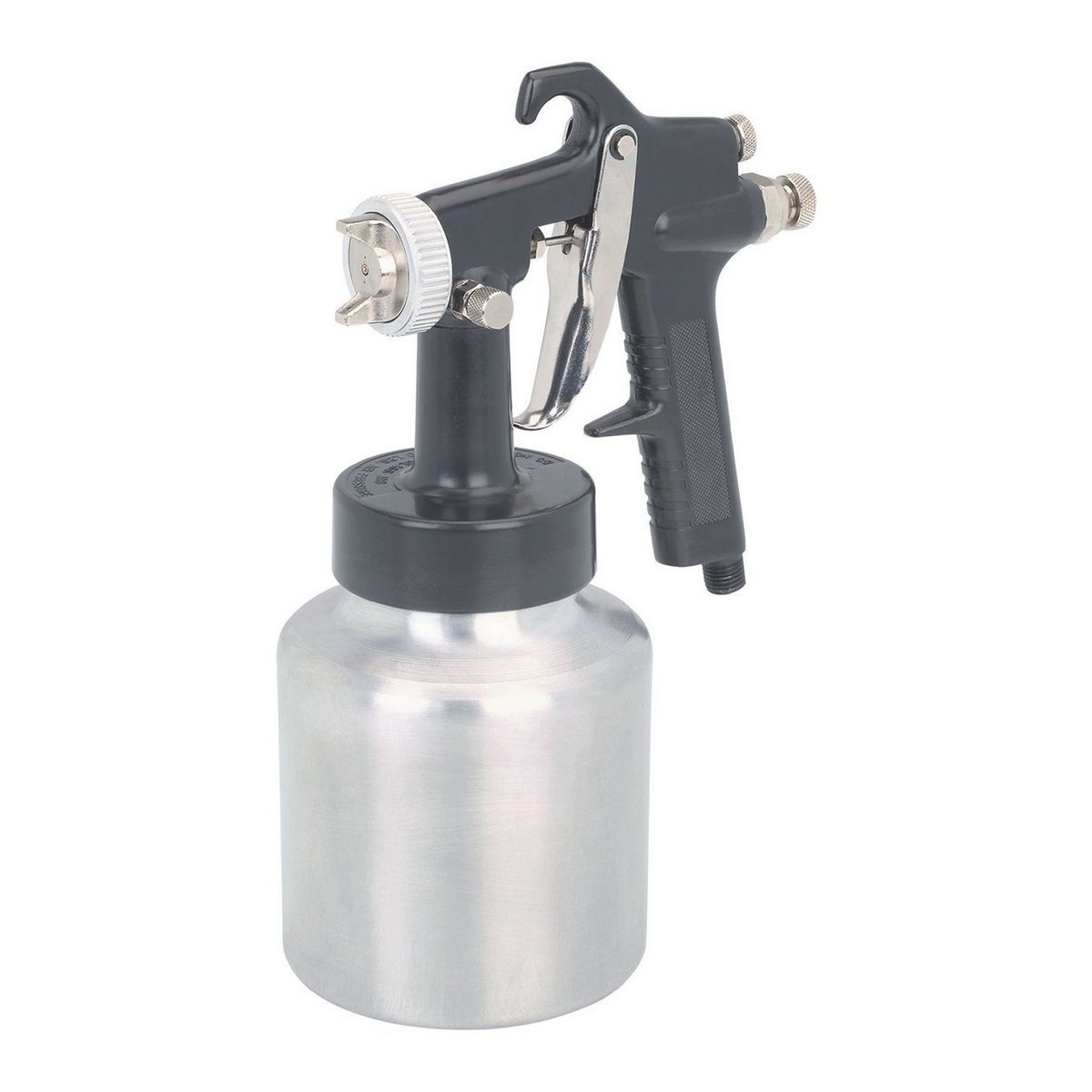 I have a now discontinued devilbiss flg 3 that i spray base and have sprayed primer and rustoleum with. It did nto atomize the cheap clear I was using very well.

For one or two paint jobs I probably wouldn't buy it again.
For clear I use an astro lvlp. Unfortunately it is also discontinued but it is awesome at atomizing clear. I would probably buy whatever model replaced it and use it for base and clear if I was buying guns for the first time again.
LVLP Gravity Feed Spray Gun with 1.4mm Nozzle - suitable for WATERBORNE materials | Astro Pneumatic Tools

I am struggling to get rustoleum to spray well but so far the 20 dollar harbor freight green hvlp gun has given the best results. 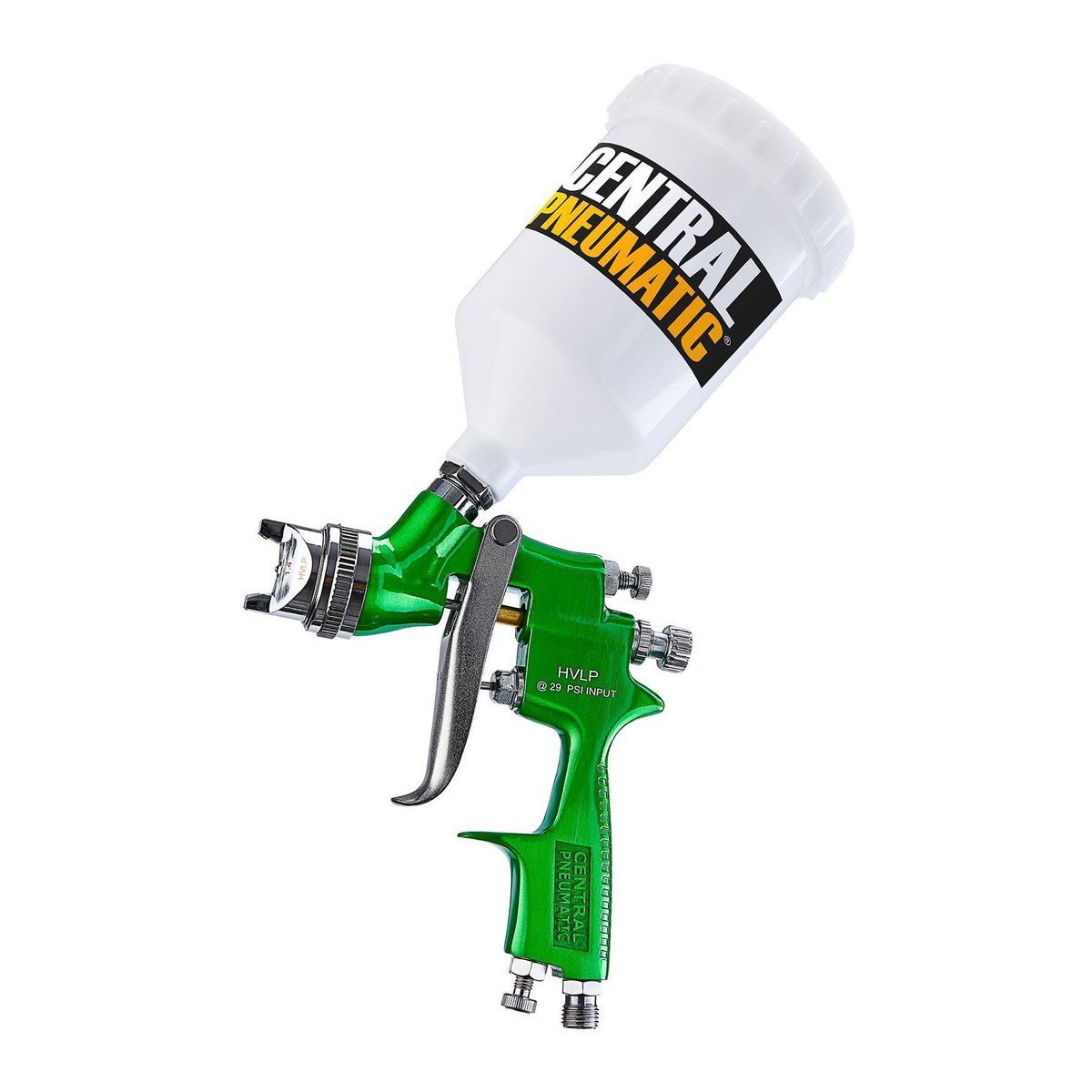 I try to keep a couple harbor freight purple guns laying around that I will use to spray thinned latex or oil based tractor paint on stuff like my porch or chassis or differentials etc.

I have bought this two gun pair several times. I use the throw away cups with the bigger gun for easy clean up. I have had good luck with them. After a lot of use I throw them away and get a new pair:

Primer guns tend to get layed around and banged up during use, a $20 horror freight will get primer on a vehicle and if primer kicks off in it it's not a big deal. Kinda what I call a disposable gun. I do not like how they spray base or clear. I have a 3m accuspray. We pretty much use them as primer guns around the shop with 1.6/1.8/ tips. I have also seen them broken in 2 pieces. Astro guns are made by Star. I have a couple. One is the newer style in a 2.0 for polyester primers. It works well for that and Star has a pretty good reputation. I believe they also offer one of those Euro models in a trans-tech/RP version as well. The other is a 25 y/o Sata 90b knockoff. Also have the kit 340s mentions. The mini gun didn't last long before it started dripping fluid out the nozzle. Both guns spray like and pretty closely resemble Devilbiss starting line guns. The larger one is still kind of a downsized gun with a smaller fan and less paint volume but sprays pretty nice for hvlp.

Hvlp are air hogs. Hte, TE, trans tech, rp type guns give up about 5% transfer efficiency to an hvlp but at less air consumption and typically a flatter finish. I don't typically like how lower end hvlp lay down clears and single stage. My go to guns are Iwata Air gunsa az3 HTE for sealers and occasional small parts, Devilbiss base specific hvlp Tekna for base, and a Devilbiss + or a different Techna that is set up with TE aircap for clears. Typically, 1.3 for MS clears and 1.4 for HS clears.
Last edited: Nov 2, 2022

Yeah HVLP guns are air volume hogs. Make sure you have high flow couplings for your air hoses or the guns won't be able to spray out correctly.
V

For as often as I use them, (not very) ill stick to the old school ones that I already have. such as Binks, and Sharpe,with the cup below the handle.

check you tube video for EVOT14!

I haven't checked the video but believe that is the one I was referring to. Think it can be had in 1.3 also. It's been a while since I was looking for an extra gun and ended up buying the Iwata after the paint jobber loaned me one on a demo.

volaredon said:
For as often as I use them, (not very) ill stick to the old school ones that I already have. such as Binks, and Sharpe,with the cup below the handle.
Click to expand...

When you consider the cost of materials these days and that you are using considerably more with a siphon gun it doesn't take long to recover the cost of a gun. I routinely see some basecoats @ $180 a quart and mid-tier single stages @ $ 350-400 and up a gallon +all the ancillary components. If I can paint it with a pint or a single stage allover with 3 quarts and have left overs a $100 gun was basically free. Nevermind the amount of overspray a siphon gun puts in the air that you're exposing yourself to. More paint typically requires more reducer, activator, etc. so the cost differences are exponential.
Last edited: Nov 3, 2022
You must log in or register to reply here.
Share:
Reddit Pinterest Tumblr WhatsApp Email Share Link